Way back in 2007 while having a drink with Elaine in the Beach and Barnicot, Bridport, UK. We bumped into Djamila who was setting up for a Mongo Lounge gig. She asked what we had been doing that day, and when I said carving a dragonfly she exclaimed she was part of a group setting up an arts festival in Sweden called the Dragonfly Festival.

After exchanging pictures of the Moors Valley sign we had been making and the festival site it seemed no time before we were in a Swedish shire working with local folks to construct the  first festivals Fire Finale.


After the initial risk assessment I mentioned there was a potential problem keeping the crowd a safe distance from the fire and that an island would be the ideal solution. Arriving to find a new island had not only been dug out but was a sandy desert island look alike, the palm trees having been exchanged for Birch!

The first sculpture was not an original idea, well only in scale, being a 2.5m long version of a little bamboo dragonfly that balances on its nose. 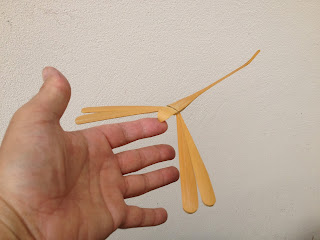 We cut them from a single log which is not very difficult to do at any scale. The difficulty with the fire element was to make it a celebration and not look like a moth over a candle! This worked having tested it with Keith Mott at Old Slenningford in Yorkshire so we knew a large fire was needed. Luckily it lasted the perfect length of time before falling in a shower of sparks and a big cheer from all those who had made their way down from the main stage. 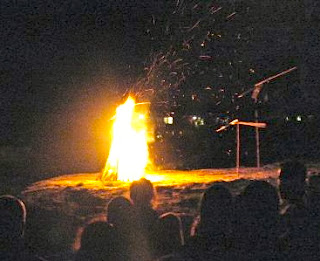 I must thank James who remembered our work on Big Kit and inspired this years gift of a dinosaur from the Jurassic coast. I will post a separate blog about the Big Kit project
soon. 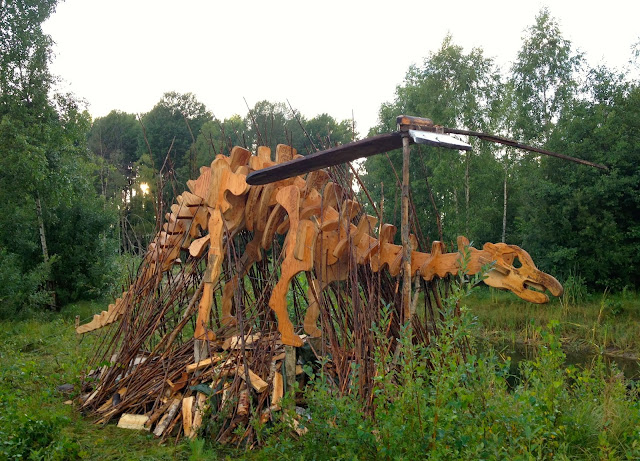 Finding one of the original dragonfly's from 08 on the island this year was extremely gratifying and it was soon flying again. They have had deep snow on them, survived storms and still kept on flying over the years and hope we can keep one there for a long time to come. 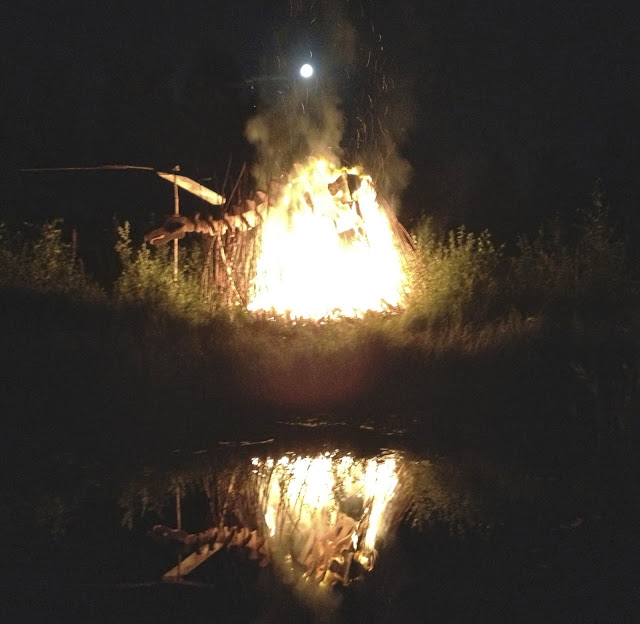 If I get to return for a fourth time I fancy a back to basics approach working with axe and tree instead of the engineered wood I spend much of the year wrestling with.
A pilgramage to Gransfors Bruk axe makers would be fantastic as would collaborating with the lovely people who are drawn to this the most friendly of festivals.